There is a concern in many organizations that the workflow process needs to be more accurate and assertive, in order to create an agile culture.

Because of that, there are a lot of companies that are looking for a methodology that allows them to be more agile in their processes, which is processes related to systems development.

One of Spotify’s success stories is its agile development culture. When its first music player came out in 2008, the company really focused on scrum.

Scrum is a very agile and mature development approach, and it brought a very strong team-based culture to the company.

In a few years, the company grew and started to have numerous teams. Thus, they realized that some companies need to adapt some scrum practices.

Therefore, it decided to leave many scrum rules as optional, understood that being agile goes beyond scrum and that its agile principles are much more important than any specific practice.

The company renamed the scrum master to agile coach because it wants to have more leaders than process masters. He also started to use the term quads in place of times scrum and these squads became autonomous.

But why are the squads autonomous?

The answer is simple, each squad has a multifunctional and self-organized team, usually with less than 8 people. They sit together and take full responsibility for what they develop, sustain and deliver.

Each squad has its long-term mission, such as one of Spotify’s squads, which aims to make Spotify the ideal place to collect music and listen to it.

The autonomy of the squads represents deciding what to build, how to build it, and especially how to work together during the development process.

All offices at Spotify meet the needs of the squads, focusing on collaboration, where all members of a squad work together, with adjustable desks and easy access to each other’s screens.

Autonomy is motivating, and makes them faster, letting decisions happen locally in the squads, rather than in a bunch of meetings.

This helps to minimize the waiting time for decisions and so you can scale
without getting “stuck” in dependencies.

As a rock band, for example, where each musician plays their own instrument, but they need to align with the other musicians, so they can achieve the best result. This is important to make good music for their listeners.

The main objective of this concept is to reduce coupling, but maintain proximity and alignment between the squads.

You can check alignment and autonomy on a scale:

Alignment is the key to transforming an agile culture

Alignment enables autonomy, and the more alignment there is, the more
autonomy will exist.

Basically, this means that the job of leaders is to communicate the type of problem and why, and the squads collaborate with each other to find the best solution.

Alignment enables autonomy, and the more alignment there is, the more
autonomy will exist.

Basically, this means that the job of leaders is to communicate the type of problem and why, and the squads collaborate with each other to find the best solution.

Spotify is a young, dynamic company that changes fast and tests a lot to see what really works. As the app’s reach accelerated, the team also needed to expand rapidly.

Faced with the challenges that a rapid expansion represents for the organizational culture, the company carried out an internal survey. From that, democratically decided the 5 core values ​​that should govern collective behavior.

See what values ​​have made Spotify an example of organizational culture:

For spotifiers (as company employees are called), innovation is not an obligation, but a basic and natural activity, such as talking, walking, and breathing.

Nobody does anything alone, and the concept of teamwork is very well developed in the company.

Sincerity is not part of the vocabulary of many companies, which is even more evident in those that maintain very rigid hierarchical structures. With Spotify it’s quite different:

The fear of making mistakes paralyzes many qualified professionals. Spotify knows this and values ​​the passion for learning more than the fear of failure.

The company’s goal is to entertain customers, and nothing better than doing this from the inside out.

Understand Spotify’s model as an example of organizational  culture
Spotify has always prided itself on using the Agile methodology, but it quickly became apparent that there was a misalignment in people’s applications.

Therefore, something needed to be done to bring everyone on the same line of thinking, in order to maintain a healthy culture.

In addition, there were some points in the Agile manifesto that seemed a little vague for the company’s daily life. Then it came to Spotify’s Agile, a manifesto of its own.

It helps us understand the organizational model that made the company a tremendous success story.

The idea of ​​continuous improvement is always present, but at Spotify, they practice it, since they assemble teams.

Instead of departments that work in isolation, the company divides professionals into autonomous and self-led teams.

Spotify centers teams on specific product functions, and each team (called a squad) is responsible for dealing with only one business value stream.

Despite this, communication between teams is always close and open. To facilitate this understanding, a group of squads that takes care of relating functions is called a tribe.

Squads from the same tribe work closely together, which facilitates conversation when one team’s decision affects the other.

This type of structure keeps collaboration going and ensures continuous product improvement. Furthermore, it strengthens the example of the company’s organizational culture.

The core of Spotify is technology, which makes software development the company’s core business. Thus, the concept of working iteratively includes:

Many layers of bureaucracy add to the complexity, which leaves room for more problems. That’s why communication at Spotify is as direct as possible.

Furthermore, trust can be present in the very fact that teams are independent and with full autonomy to solve complex problems on their own.

This means that anyone can make bets and experiment without fear of blame if something goes wrong. As a matter of fact, workers see what goes wrong as learning and moving forward.

Being a Swedish company counts a lot in the kind of leadership they practice at Spotify.

In the country, they highly value democracy, and it is not common for a leader to decide everything without listening to his subordinates.

That’s why the leaders at Spotify are mentors, not dictators. They make it easier for teams to work and encourage them to find solutions rather than just demanding results. Thus, personal development goes hand in hand with business success.

Creating an environment that values employees and gives everyone such a strong sense of belonging is not easy.

And Spotify’s example of organizational culture speaks volumes, mainly because it is the result of work they do day after day, in a conscious way.

Get the best results with GitScrum Scrums!

GitScrum has many Scrum features that will support all your project necessities. Increase your productivity and get instant and efficient results with our Scrums!

5 Scrum Values to change a Business for good! 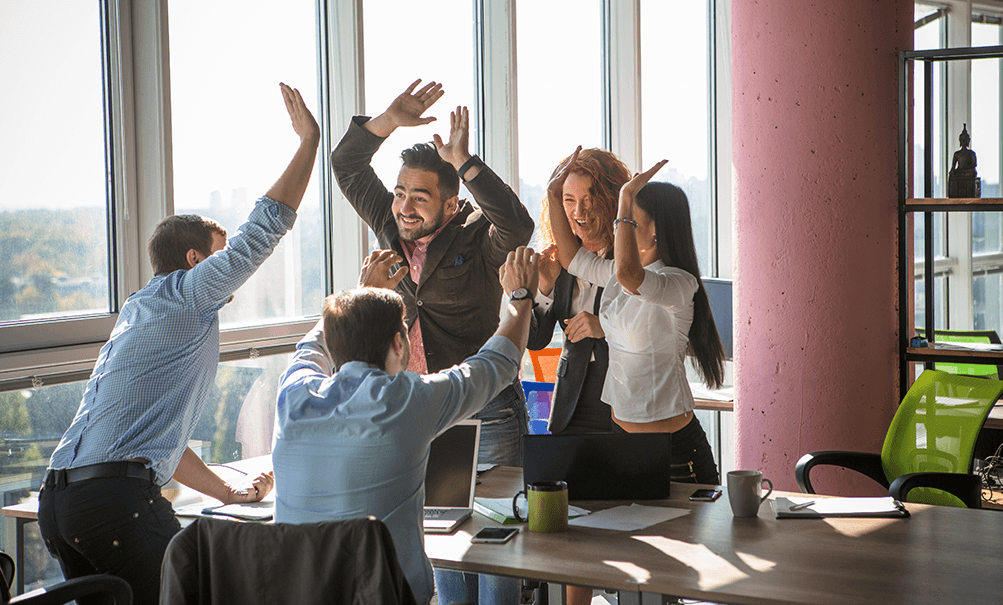 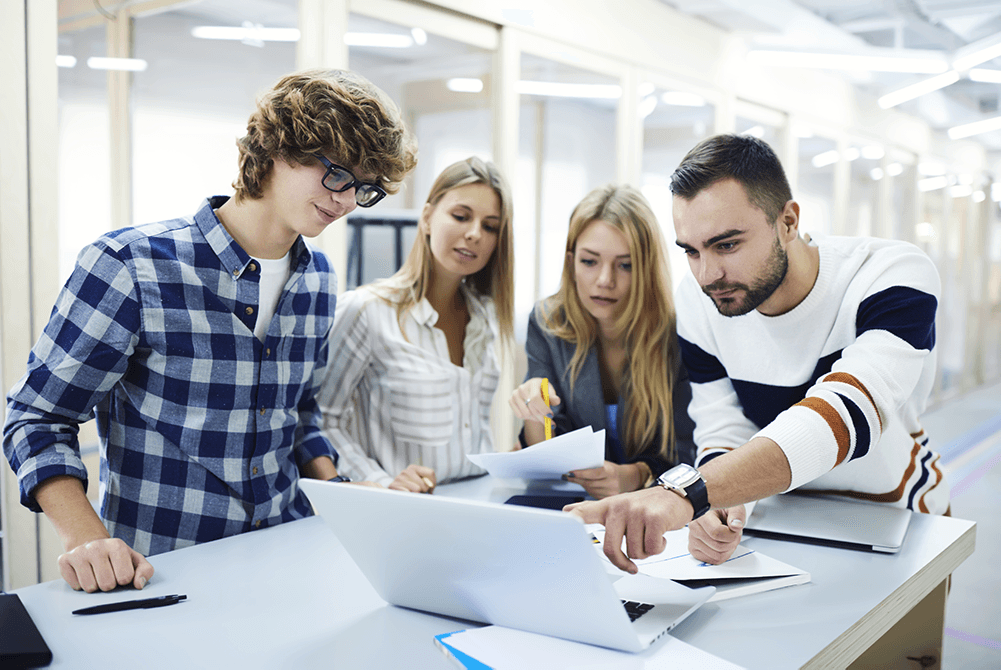 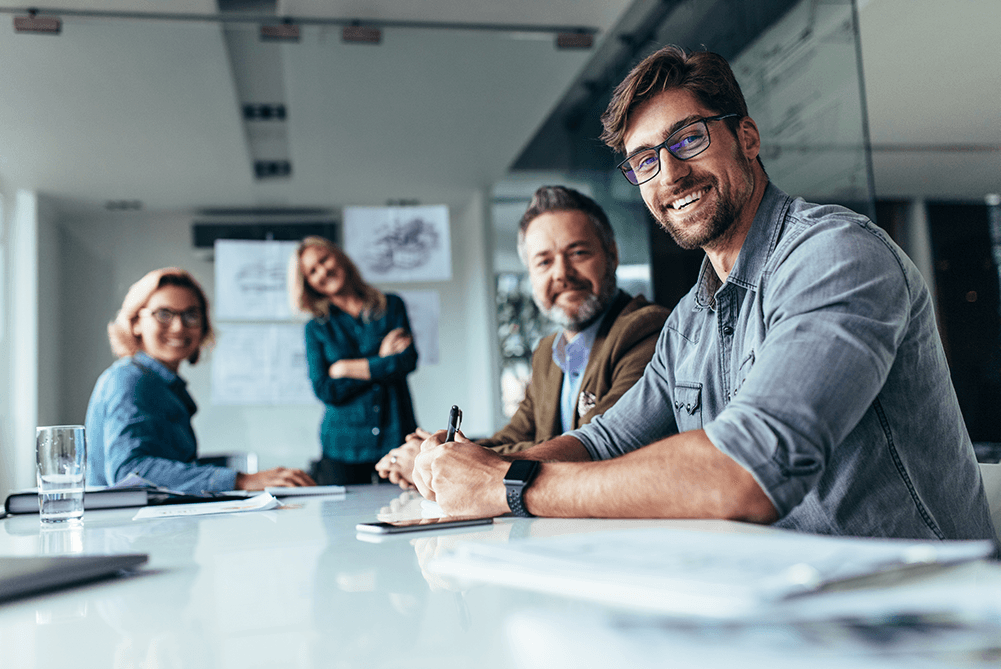 If you’re like most people, you use Spotify to listen to your favorite music. But ...
By GitScrum
March 23, 2022 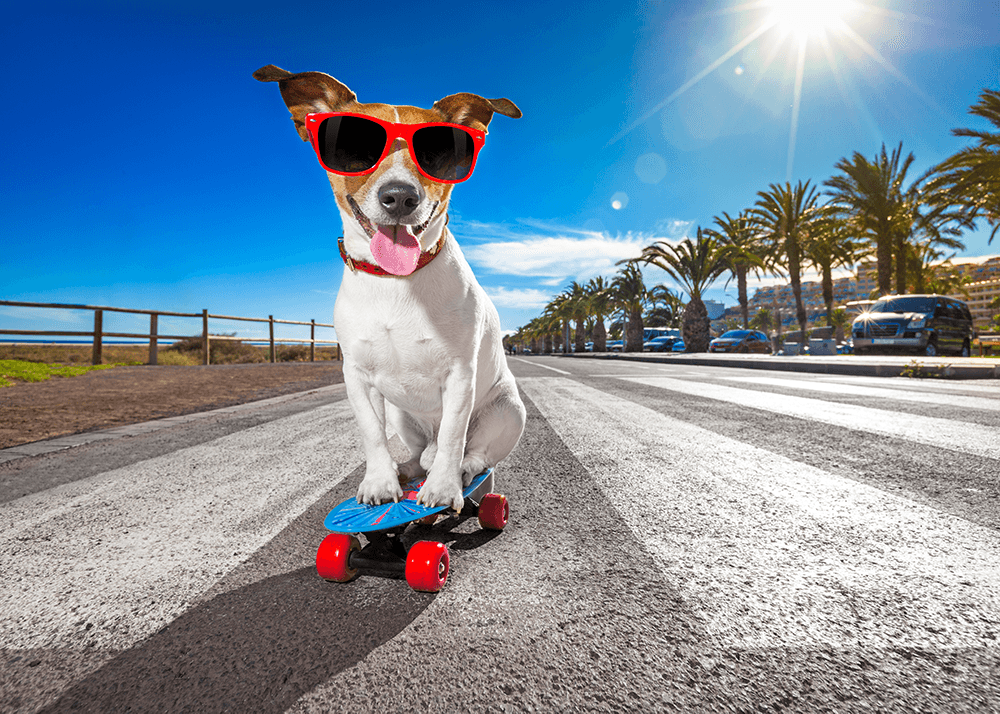 A Detailed Look at the Spotify Model for Scaling Agile

Spotify is a music streaming service that has had massive success in the past decade. ...
By GitScrum
March 22, 2022

How did Nubank grow inspired by Spotify Model?

Since its inception in 2012, Spotify has revolutionized the market. Not only has it become ...
By GitScrum
August 20, 2021